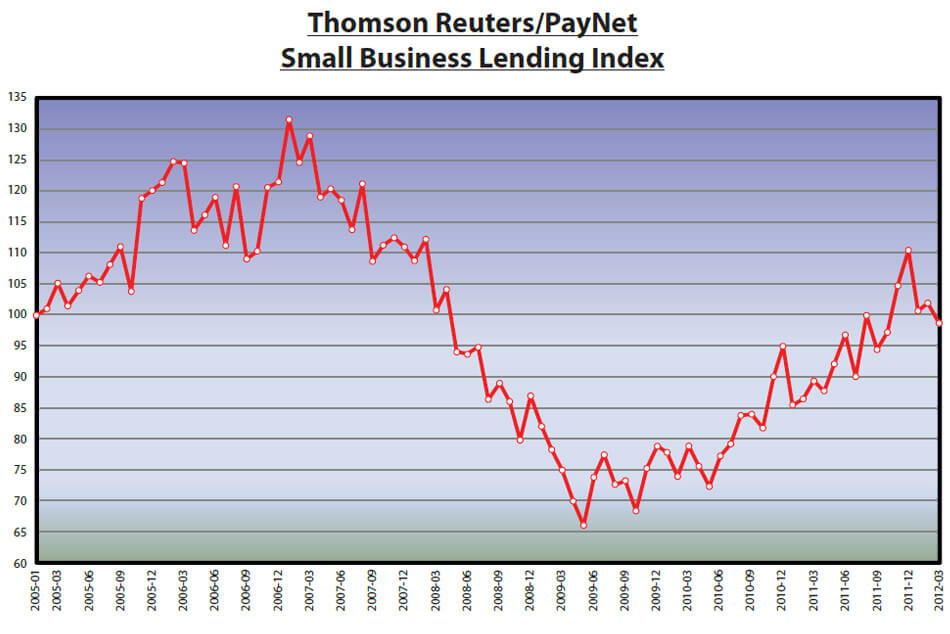 Banks are closing their doors to small business owners as they become more and more concerned about the economy.

A recent study from ThomsonReuters and PayNet confirmed that lending had fallen 2 per cent in April after already falling 3 per cent in March. This is not good for small businesses as they need money to hire and expand.

It should be noted that the PayNet study was based on commercial loans and leases so does not include the growing amount of merchant cash advances being granted. This continues to reinforce our bullish position on the growth prospects of alternative financing.

The one positive bit of economic news in the study from PayNet is that there was a fall in the amount of loans going bad. This was only a 0.1% change but it still shows there isn’t any monthly growth in past due loans.

The full details of the study can be found here